Sir Denis Mahon (born 8 November 1910; died 24 April 2011) was one of the most distinguished art historians and collectors of the 20th century, and a determined campaigner and philanthropist.

Twice a trustee of the National Gallery (1957-64, 1966-73), he was instrumental in pushing through several important acquisitions, including Reni’s Adoration of the Shepherds, still the largest painting in the gallery, and, in 1970 (with the much-appreciated support of the sculptor Henry Moore, a fellow trustee), Caravaggio’s Salome Receives the Head of St John the Baptist, a very moving late work by the artist. He was a zealous guardian of the public interest, actively opposing the imposition of charges for visitors to museums and lobbying for legislation to prevent the National Gallery from selling any of its pictures.

Born in London, he was the son of John FitzGerald Mahon, a member of the family that had prospered from the Guinness Mahon merchant bank, and the grandson, through his mother, Lady Alice Evelyn Browne, of the fifth Marquess of Sligo. On visits to Kenwood House, on Hampstead Heath, north London, he would point out with evident satisfaction that the Portrait of Countess Howe, one of Thomas Gainsborough’s finest paintings, showed his great-great-great-grandmother.

Educated at Eton and Christ Church, Oxford, where he read history, Mahon developed a great enthusiasm for opera. A career in the family business held little attraction for him, and he soon decided to devote himself wholly, and to the exclusion of the pleasures of opera, to studying the history of art. Kenneth Clark, then at the Ashmolean, was an influential figure in his formative years and recommended him to Nikolaus Pevsner, the German émigré art historian, who was then teaching at the fledgling Courtauld Institute of Art in London.

Best known today for his writings on the architectural history of Britain, Pevsner had early been interested in Italian baroque art, and suggested to Mahon that he study the work of Guercino – the little squinter – the nickname of Giovanni Francesco Barbieri, a neglected Bolognese painter of the 17th century. In his 20s, Mahon travelled extensively to study the works in museums and private collections of the Bolognese painters: the Carraccis – the brothers Annibale and Agostino, and their cousin Ludovico, who were jointly responsible for a revival of Italian painting at the end of the 16th century – Reni and, of course, Guercino, who remained his principal interest throughout his life, together with Poussin and Caravaggio. 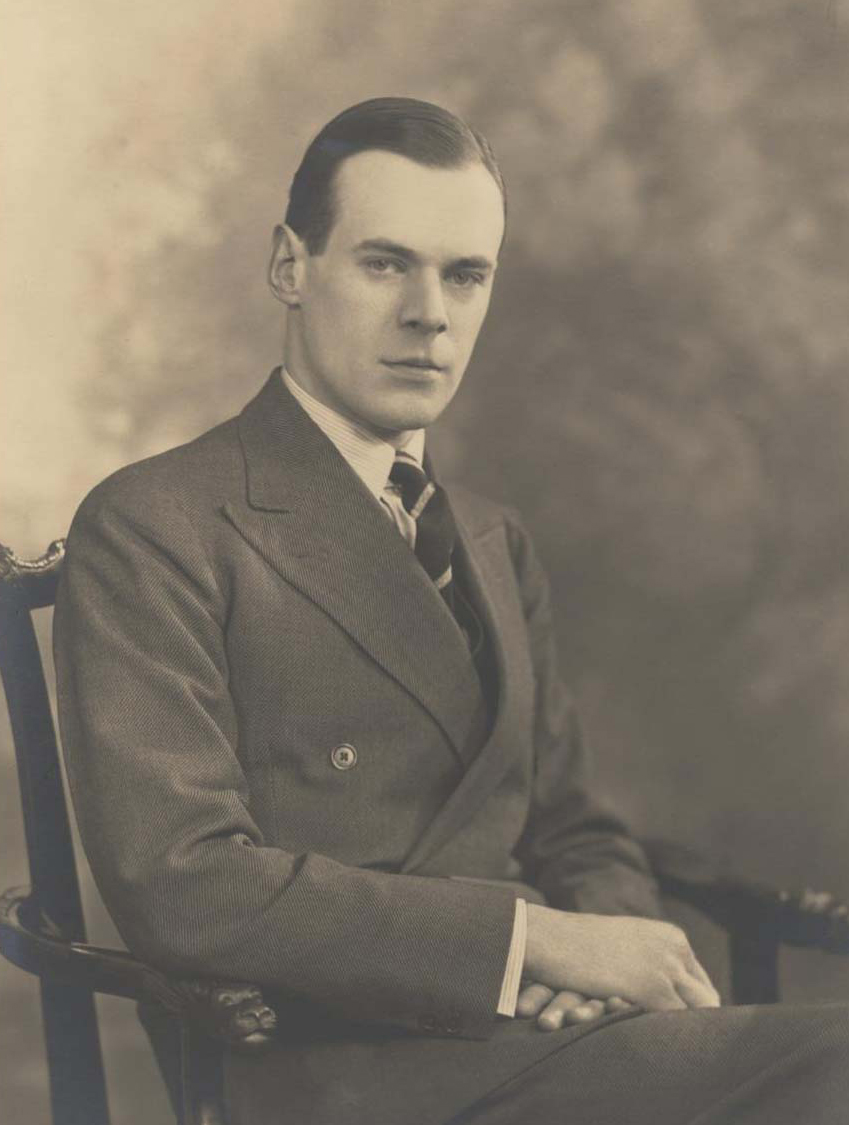 BEGINNINGS OF THE COLLECTION

Mahon’s studies were intimately bound up with the formation of his own collection of paintings and drawings. In 1934 he bought his first picture by Guercino, the large Jacob Blessing the Sons of Joseph, now in the National Gallery of Ireland. Two years later, he bought for £200 Guercino’s Elijah Fed By Ravens, another early work, from the Barberini collection in Rome. At this time he was serving as honorary attache – an informal, unpaid curator – at the National Gallery, then under the directorship of Clark, and he offered to sell the painting at cost price to the gallery. Clark thought very highly of the painting, but felt that it would be impossible to persuade the trustees of the merits of buying an Italian baroque painting.

That gave Mahon the idea of forming a collection, with a view to holding them until such time as the national collections would be interested in having them. It is difficult to appreciate now how despised Italian seicento – 17th-century – pictures were in Britain in the late 19th and early 20th centuries. This disdain was partly due to the influential views of John Ruskin, who detested the Carraccis, referring to them as “scum of Titian”, and the overwhelming preference among collectors and museum curators for the “Italian primitives” of the 13th to 15th centuries.

Mahon, unaffected either by the prevailing view or by religious prejudice, acquired – for fairly small sums – paintings of intensely Catholic subject matter by the then unfashionable painters Domenichino, Andrea Sacchi and Ciro Ferri. In 1945 he encountered Reni’s The Rape of Europa, a late masterpiece by the painter commissioned by the king of Poland. The painting now is now in the National Gallery.

In 1947 Mahon published his Studies in Seicento Art and Theory, which remains a fundamental text on 17th-century Italian art. It contains a series of closely argued essays, analysing, among other things, Guercino’s change of style over the course of the 1620s, the significance of the theoretical writings of Giovanni Battista Agucchi, and a devastatingly thorough refutation of the label “eclectic”, which had been used to describe the Carraccis since the 18th century. The book was very significant in winning over the institutions of art history in Britain to the acceptance of Italian 17th-century painting as a major and respectable school of art.

In the 1950s and 60s Mahon turned his attention to Caravaggio, writing some very important articles and identifying pictures previously thought lost, including the Young St John the Baptist, which he saw hanging in the office of the mayor of Rome, where it was considered an old copy. It is now one of the masterpieces of the city’s Capitoline Gallery.

In the 1960s some of Mahon’s finest writings were on the French classicist painter Nicolas Poussin. In 1964 he bought at Sotheby’s an early work by Poussin, Rebekah Quenching the Thirst of Eliezer at the Well, which in the sale catalogue had been misattributed to the Roman painter Pietro Testa. Astonishingly, in 1995 – by which time Mahon had long stopped collecting – the story was repeated when he identified, again at Sotheby’s, Poussin’s The Sack of Jerusalem, also misattributed to Testa. The painting now has pride of place in the Israel Museum.

With Cesare Gnudi, the soprintendente of Bologna’s art institutions, he worked on a series of groundbreaking exhibitions in the 1950s and 60s: the Mostra (exhibition) dei Carracci, the Ideale Classico del Seicento in Italia, and, in 1968, Guercino. Mahon was always a generous lender to exhibitions himself, and in 1960 much of his collection was shown at the vast Royal Academy exhibition Italian Art and Britain. In 1997 his entire collection of nearly 80 paintings was shown at the National Gallery, together with a selection of his drawings by Guercino that he had deposited years earlier in the Ashmolean Museum, and two paintings by Annibale Carracci and Guercino.

Though he was never formally a teacher, he taught a great deal to many academics, university students, museum professionals and dealers through conversation, in exhibitions and in front of pictures. He spoke about painting in a brilliant and illuminating way, and his ability to sympathise with the aims of the artists he most loved meant that he spoke of Poussin, Guercino, and Annibale Carracci as though they were people he knew.

Mahon remained enthusiastic about organising exhibitions until the very end of his life. He supported small museums and in-focus displays and was passionate about supporting young scholars and artists, dedicating much of his time to them in later years.

Sir Denis was knighted in 1986, and appointed Companion of Honour in 2003.

Sir Denis celebrated his 100th birthday at the National Gallery in November 2010, in the Italian baroque gallery that he had played such an important role in shaping, in the company of many friends and admirers. He died on 24 April 2011.

A version of the above article by Dr Gabriele Finaldi was published in the Guardian in April 2011.