This month we are delighted to show Cellular Grid, a work by the artist Vittorio Valente. 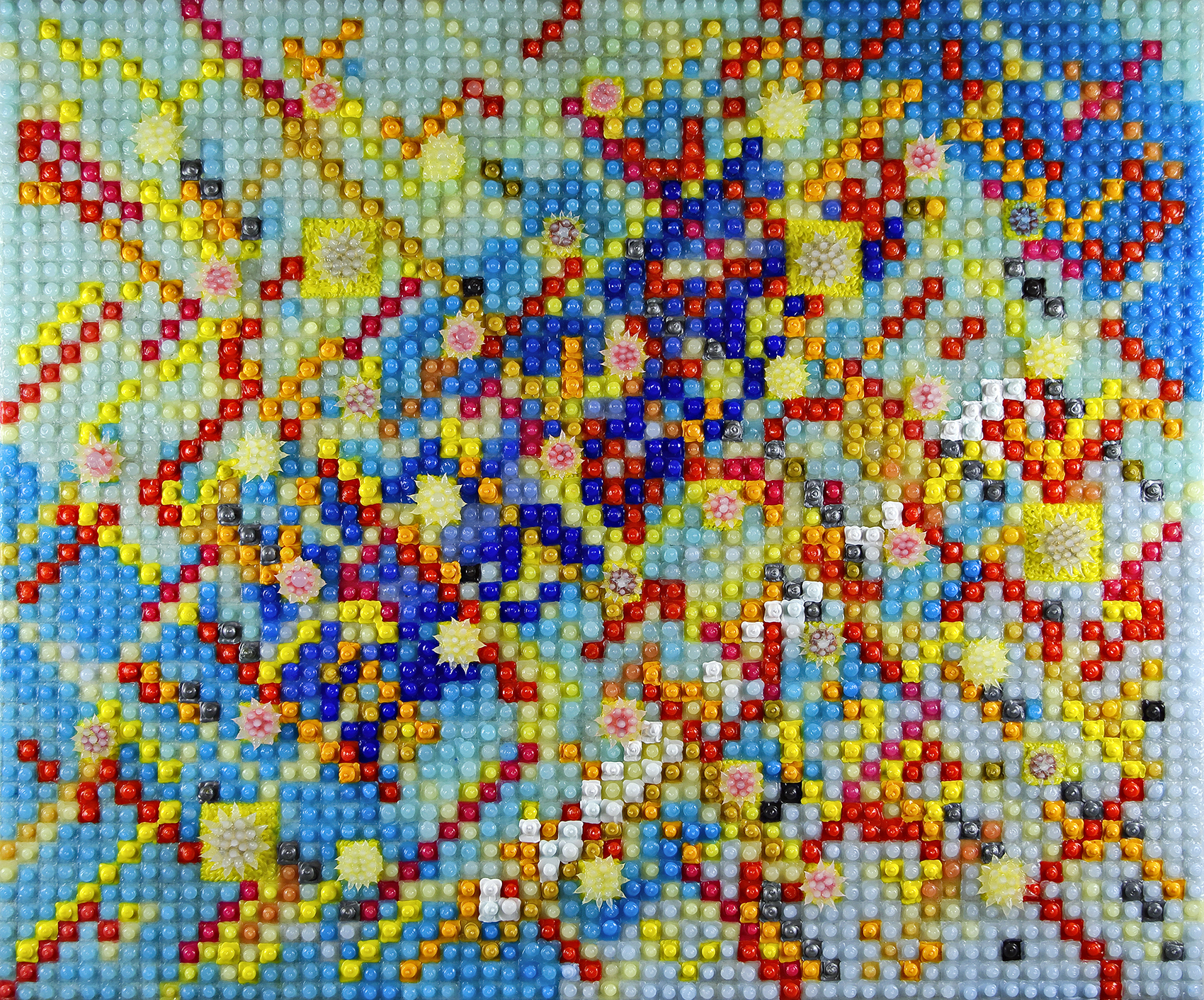 This is an archetypical late work from Valente’s ‘Grid’ series, a medium for the artist since his earliest practice. Created by applying coloured silicone directly onto a canvas, Cellular Grid resembles a painting in its two-dimensional support. The work recalls many of the most innovative modernist painters: the pointillism of Seurat, the grids of Mondrian, the all-over splatter effect of Pollock. Valente’s work, however, is characteristically and uniquely modern, for its shiny surface and artificial tactility.

Cellular Grid comprises a tension between the natural and the artificial. Though the colour, texture, and rigorous framework of the canvas’ meticulously ordered skin marks it as a human-made object, sporadic areas of differently sized silicone nodules suggest strange growth, interrupting this artificiality with an organic duplicative life. In this sense the grid may be perceived as a sort of strange garden, growing into the viewer’s space. Viewed at this border between the synthetic and the biological, this grid offers a meditation on the contemporary age of the Anthropocene, in which humanity has irreversibly changed the course of nature.

Vittorio Valente is an artist of multifaceted and vibrant creative spirit, whose work sits at the borders of painting, sculpture, and scientific experiment.

In 1993 he was amongst the co-founders of the ‘Cracking Art’ movement, alongside leaders in contemporary Italian art, Omar Ronda, Renzo Nucara, Marco Veronese, Alex Angi and Carlo Rizzetti. The group is known for their colourful public installations of giant plastic animals which question the line between nature and artifice.

Valente’s working process is unified by his extensive and innovative experimentation with silicone to formulate new shapes and pigmentations. His works are enveloped by a soft, tactile, ‘artificial skin’, creating completely unique series of objects. Since 1985 he has continually returned to the structure of the ‘Grid’, high relief sculptures whose surfaces are populated by repeated silicone nodules. In 1990, he made his first ‘Dermaskeleton’, an iron sculptural armature onto which silicone has been layered in the round to produce a strange three-dimensional body that appears to have grown organically into its surrounding space. These creations operate in an uncanny space in-between: between painting and sculpture, between nature and artifice, between the living body and the commodity.

The critic, Gianluca Marziani, has said of Valente’s work: ‘His sculpture is an obsessive journey into possible epidermal mutations, a visionary trip in which the form is transformed in the most unexpected and unsettling ways. His are unclassifiable objects, intersections where materials create epidermal entities of which we sense something without having a definitive solution.’ 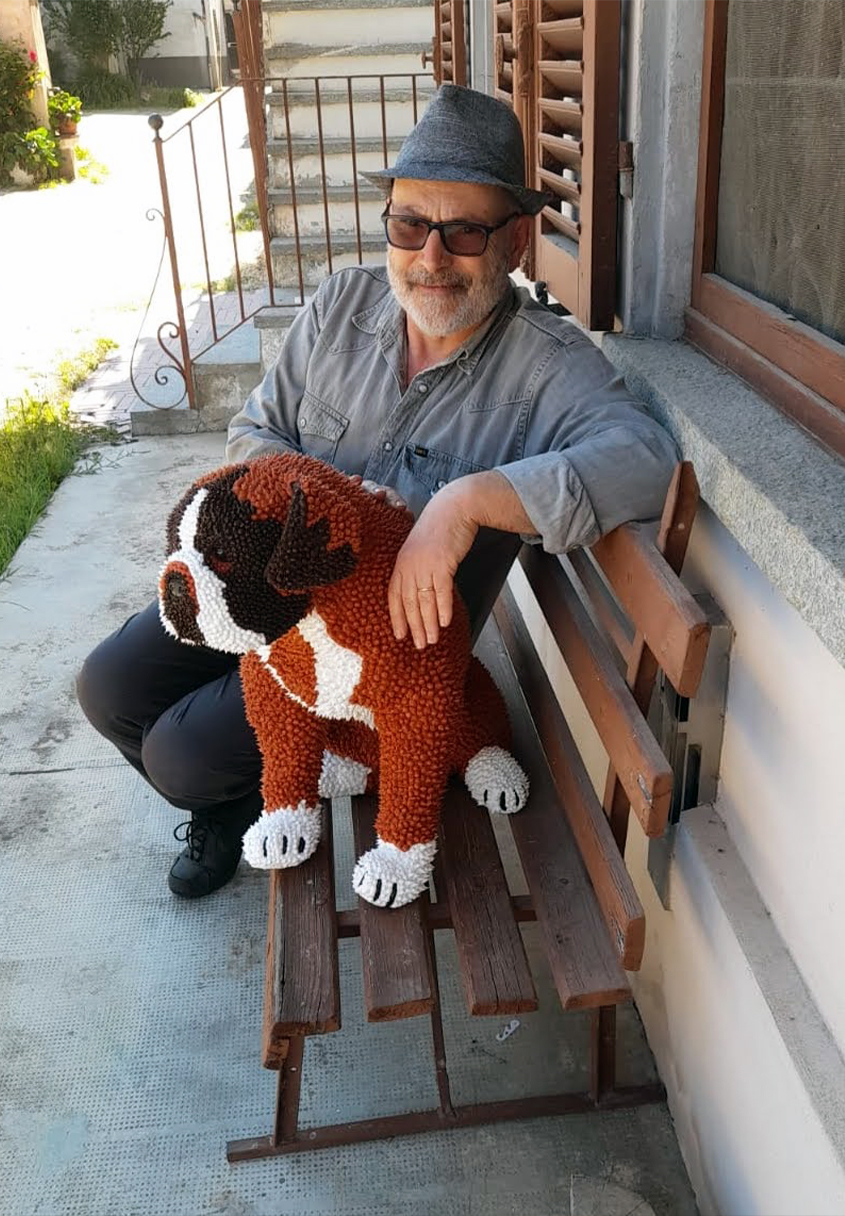 The artist Vittorio Valente with “his dog”. 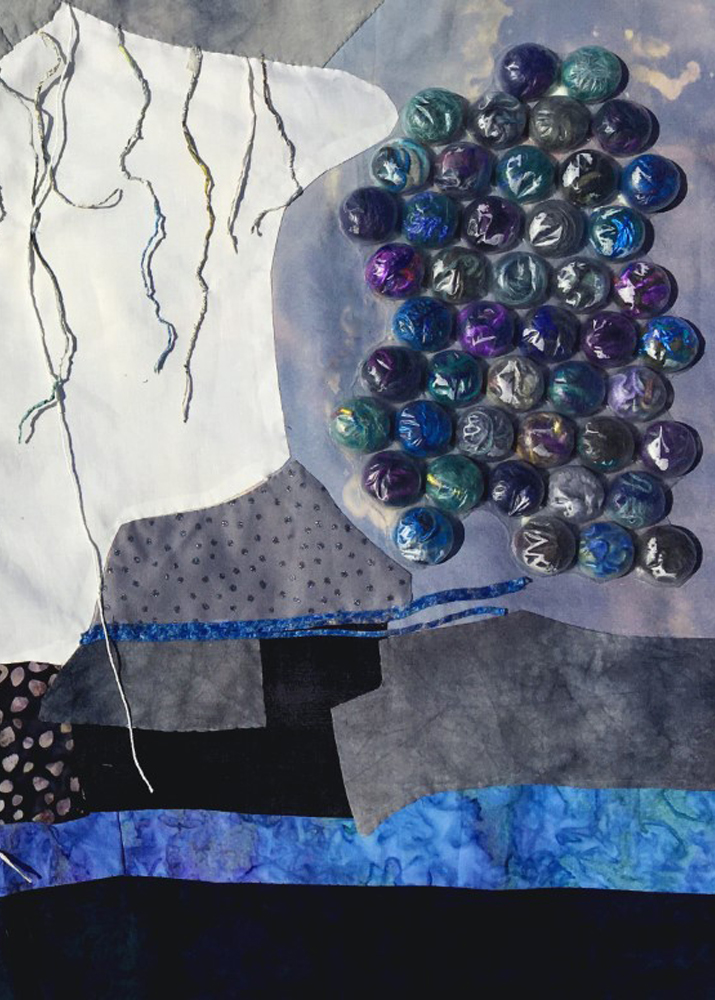 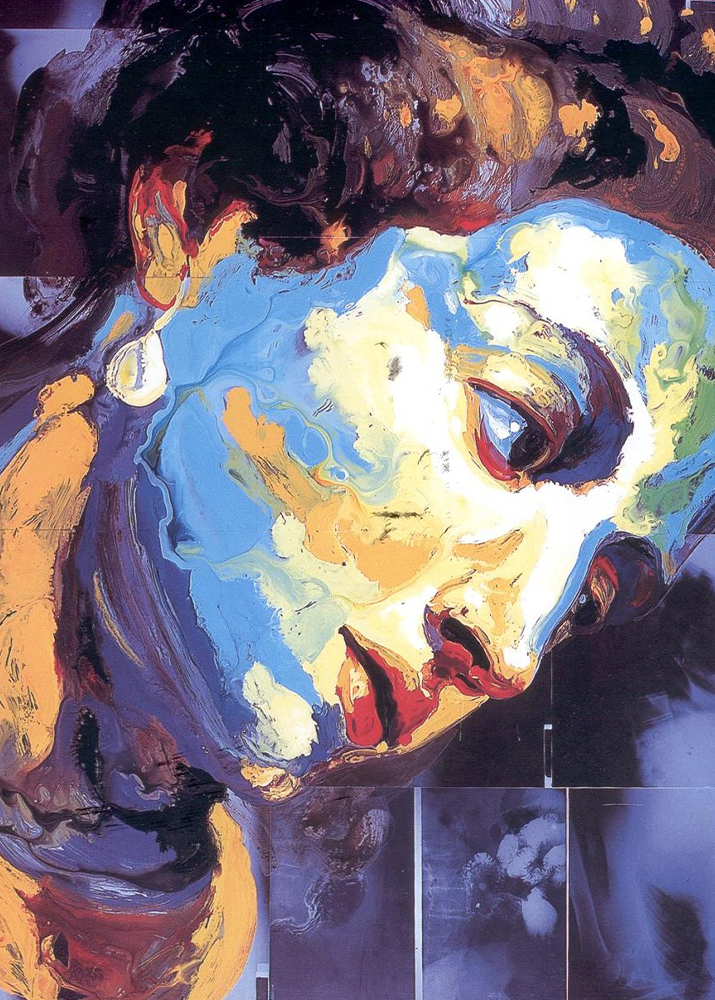 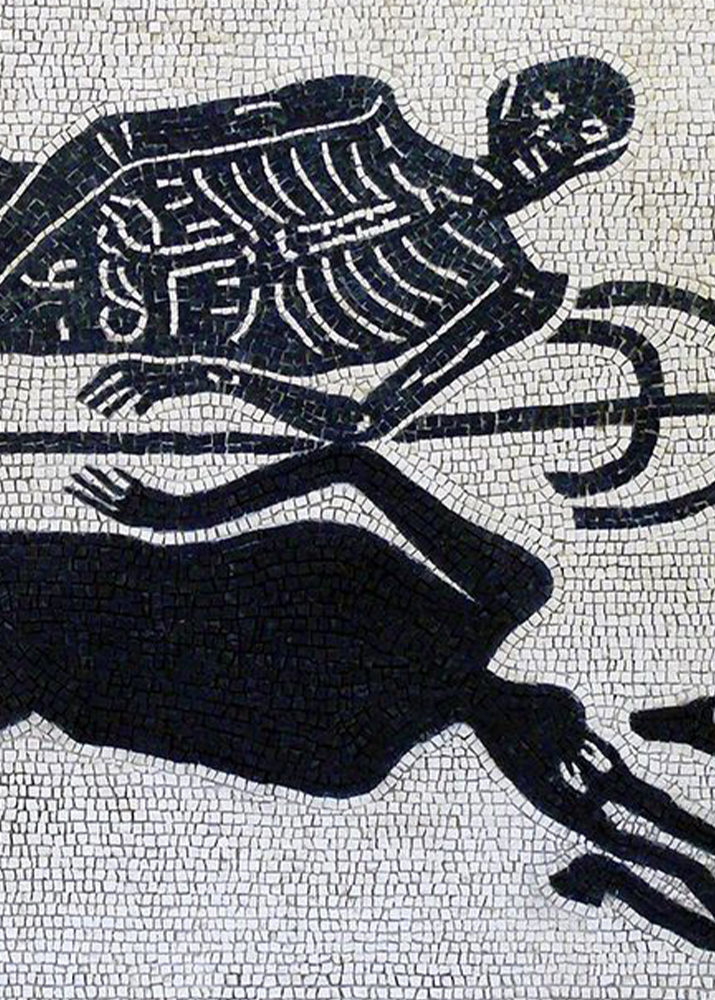 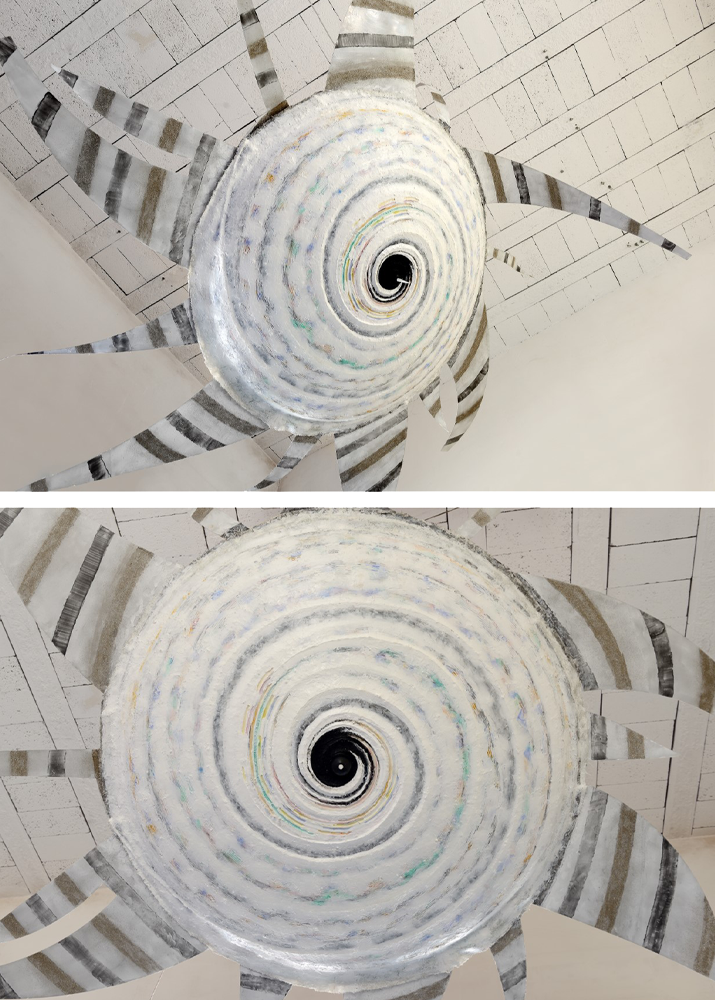 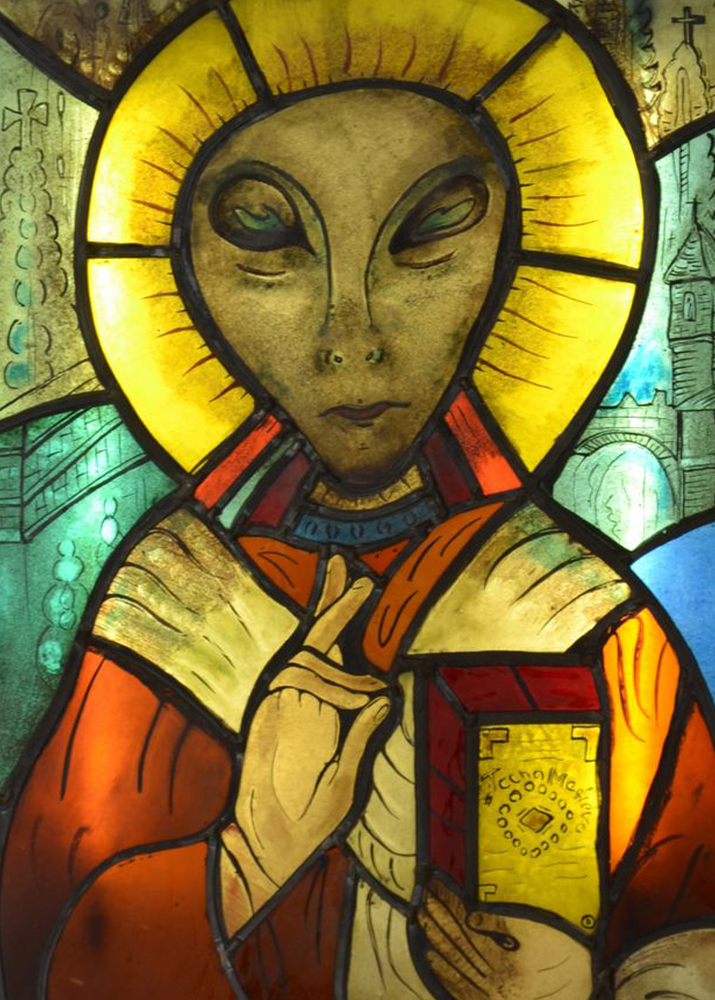 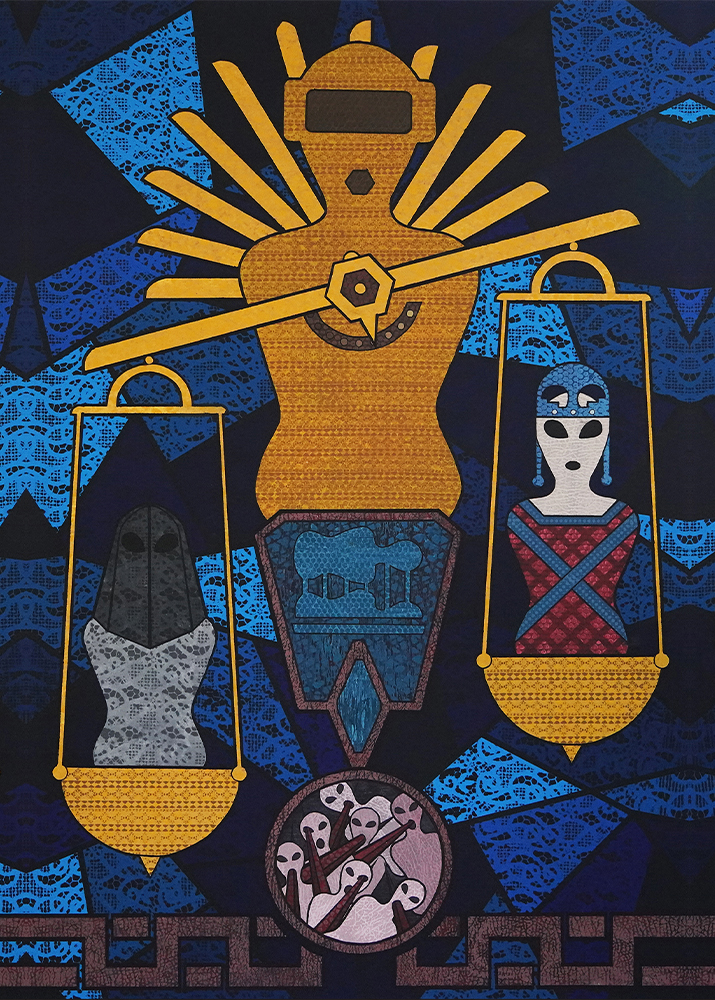 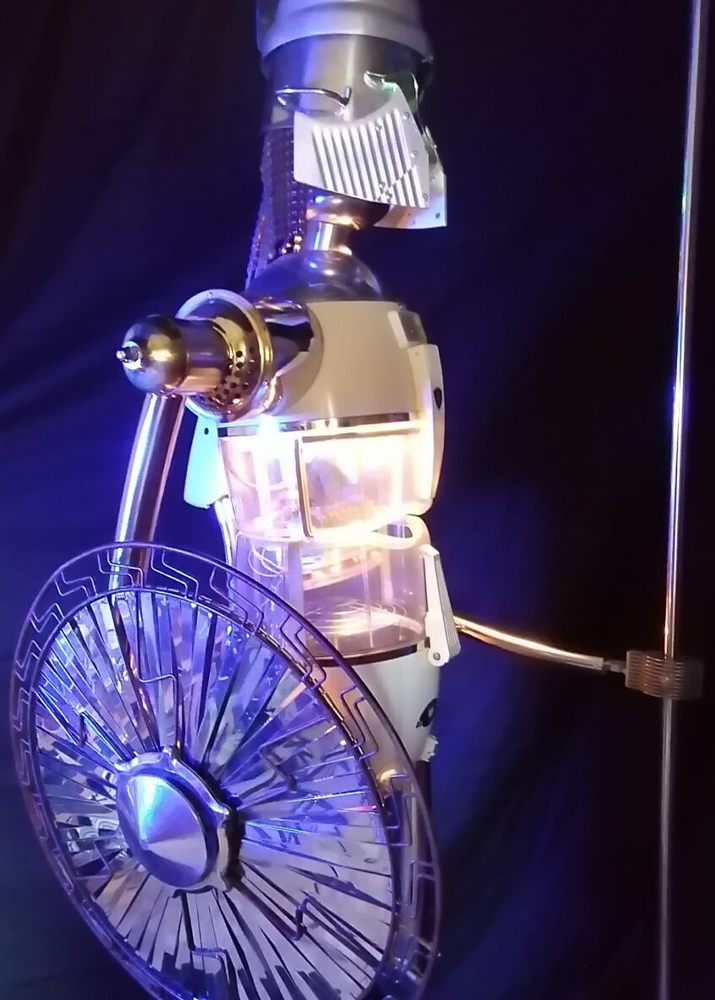 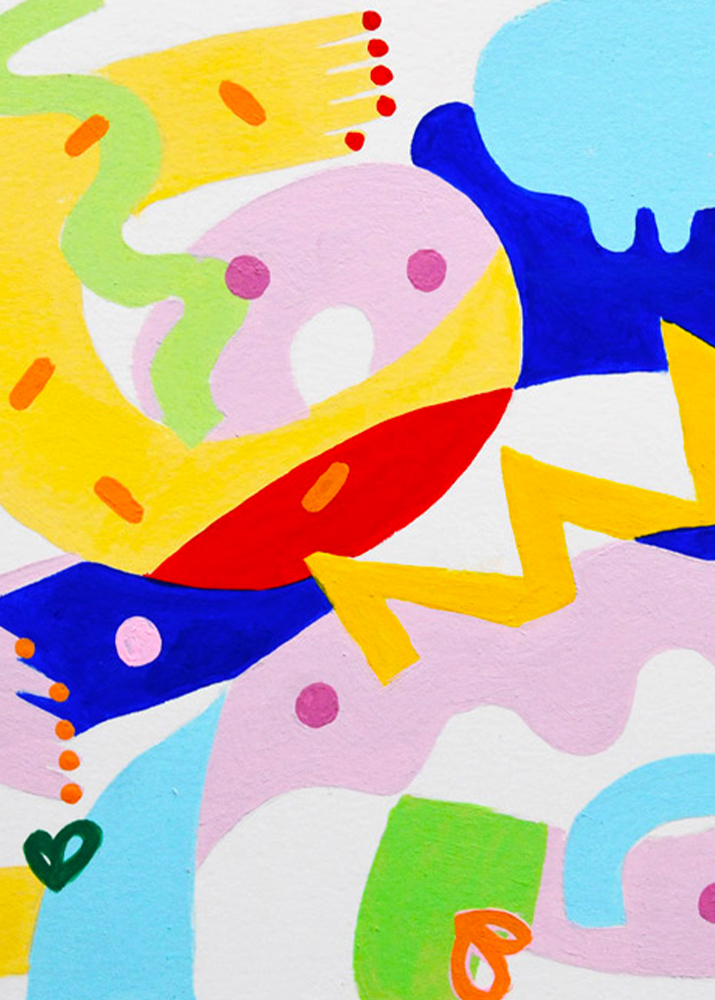 DREAMING ABOUT WHEN WE CAN DANCE AGAIN
Acrylic on Somerset Satin Cotton Paper
25 cm x 25.5 cm 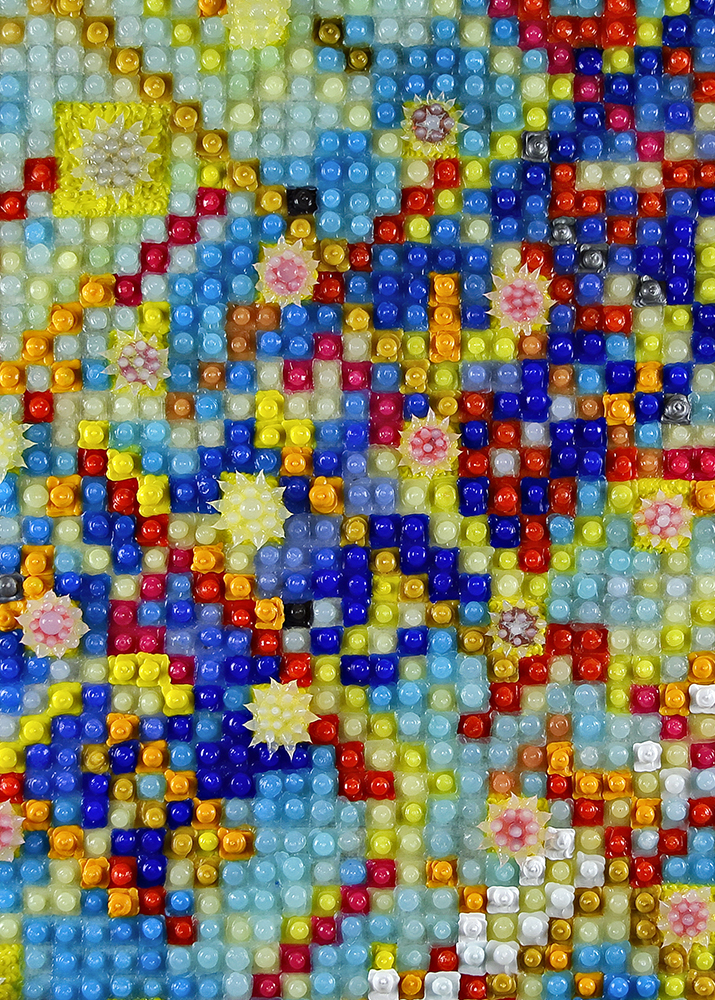 VIEW ALL ARTISTS IN RESIDENCE