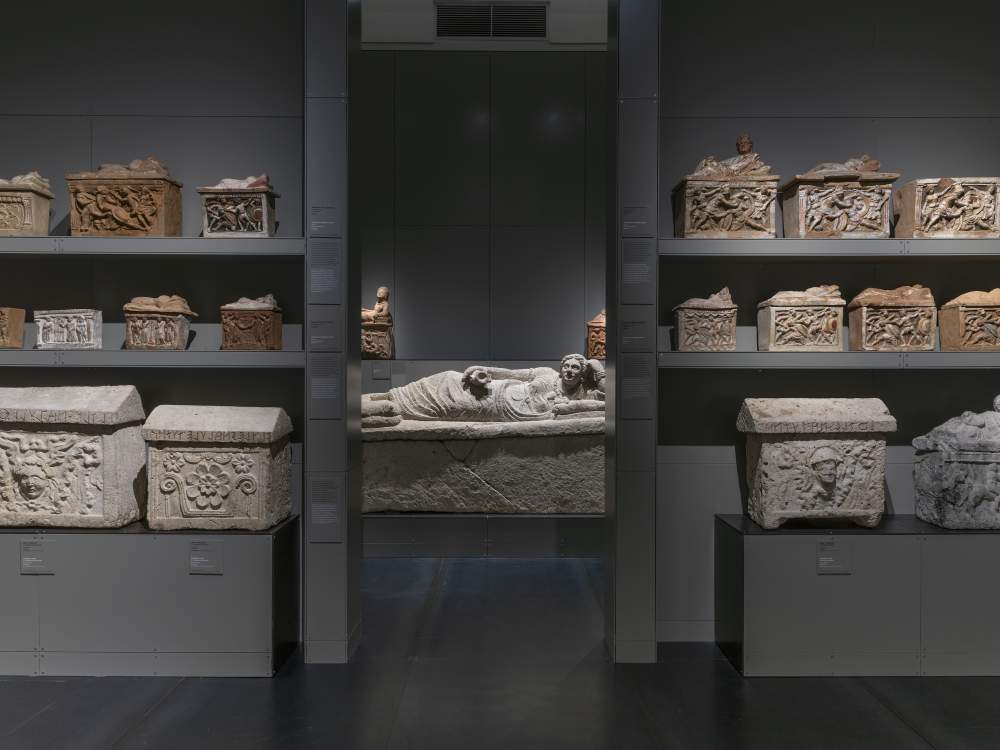 The Etruscan Gallery with the tomb of the Matausni © Musei Reali Turin
On February 19th, the Archaeological Gallery of the Royal Museums of Turin reopened its doors to the public after lengthy restoration work, making accessible once again one of Europe’s most important historical collections. Over 1,000 works have been selected for display, some for the very first time, to represent the magnificent 30,000-strong collection, begun by the House of Savoy and enriched by over four hundred years of subsequent discoveries by scholars and explorers.

Included are works exhibited by the Sir Denis Mahon Foundation last year: The Funerary Slab of Thallion and Thaubastis, an Etruscan Urn, and a Punic Stele depicting a woman with a flower. In the exhibition Time {𝜏} and Eternal Life at Cromwell Place (October 5th – December 20th 2020), these pieces and other ancient artefacts were exhibited alongside works by modern greats Alberto Burri, John Latham, Emily Young, and other contemporary artists. This was a monumental curatorial event for the Foundation, drawing together works along a lineage from 2640 BCE to the present day through the concept of time and the immortality of the art. Accessible to the public once again through their renewed display in Turin, these works may continue to stand as a physical testament to time immemorial. 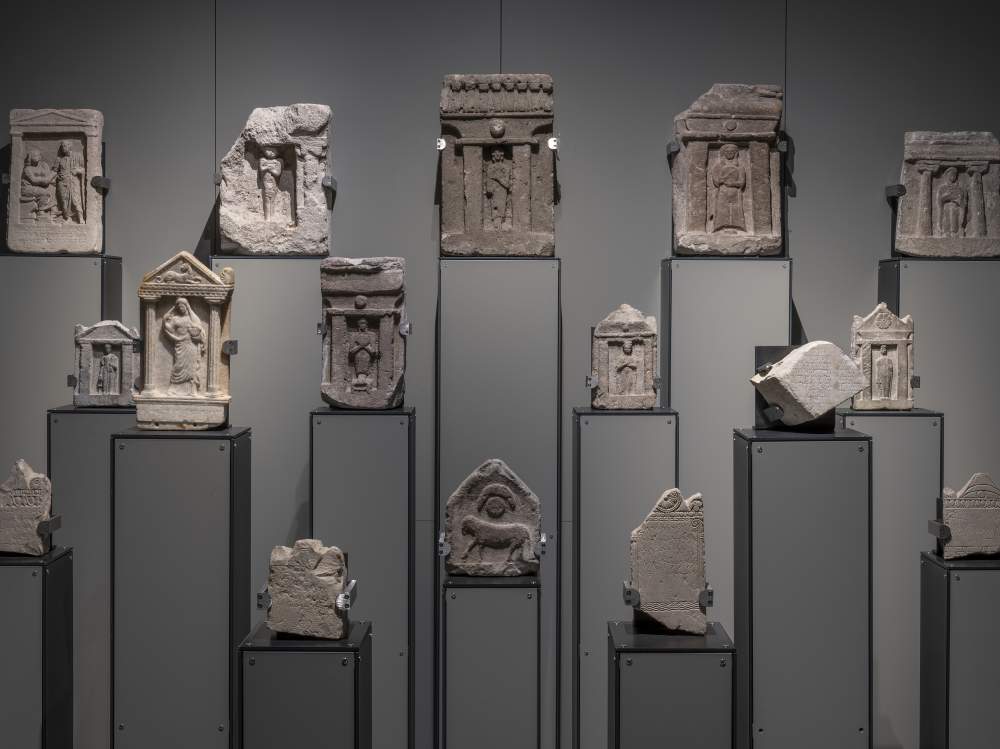 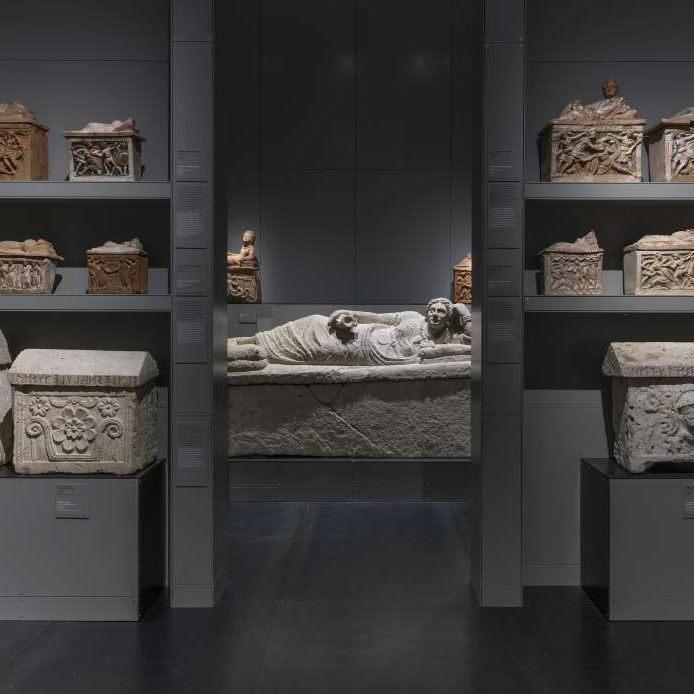 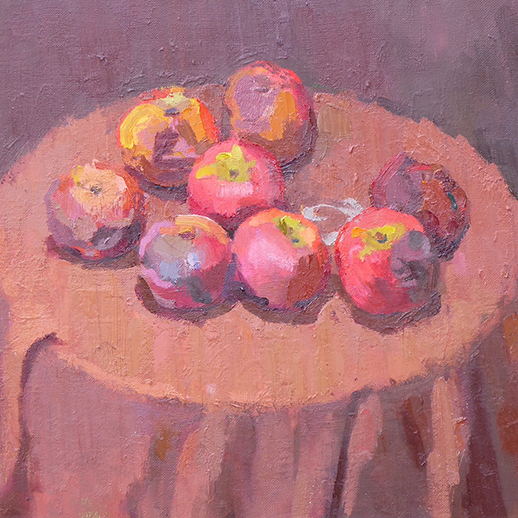 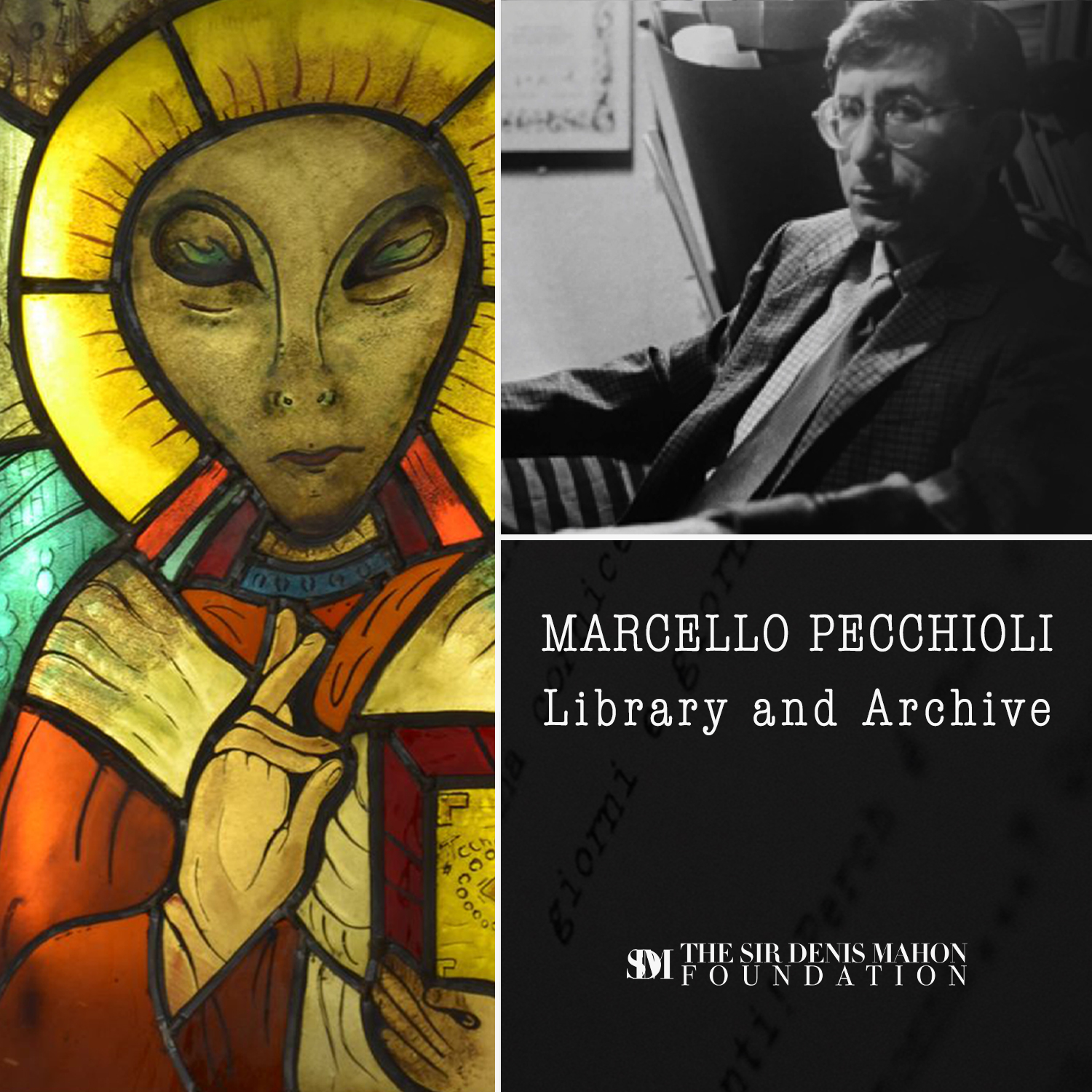 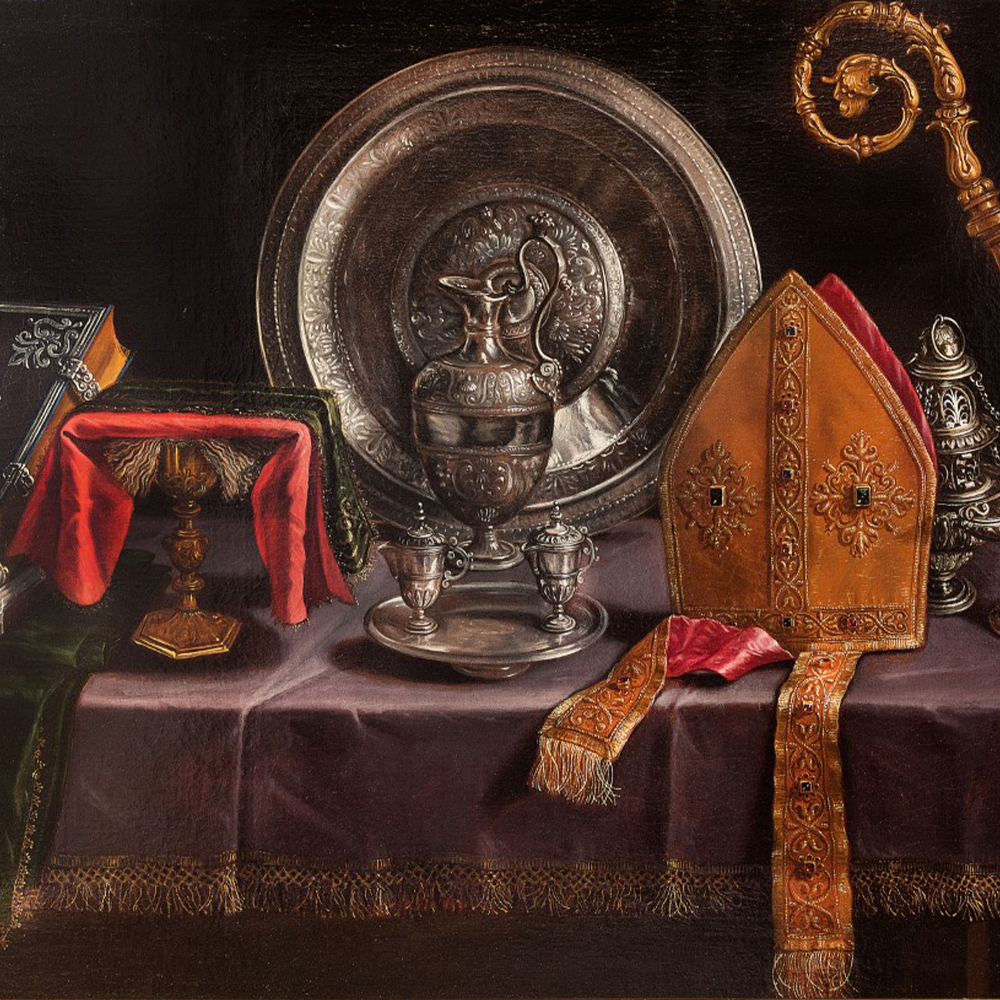 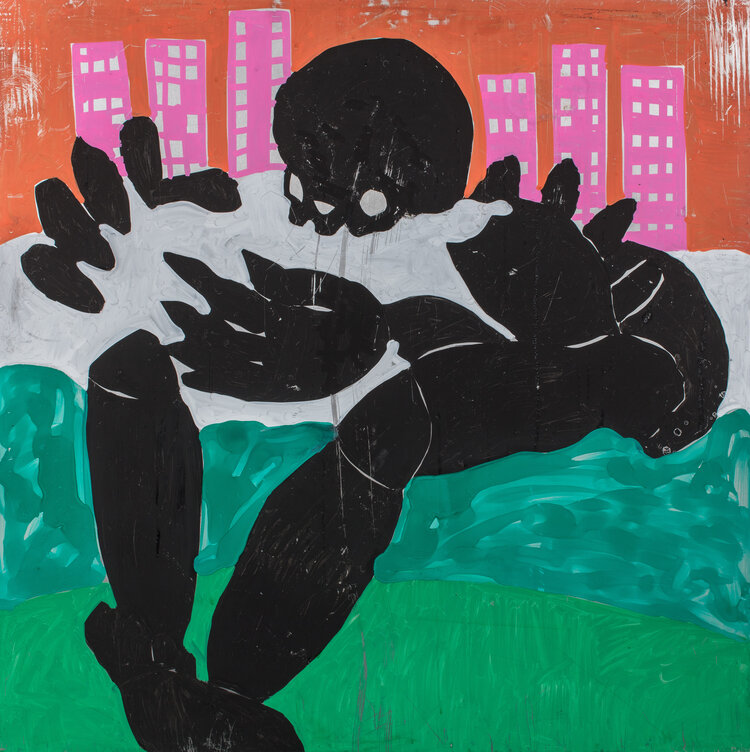 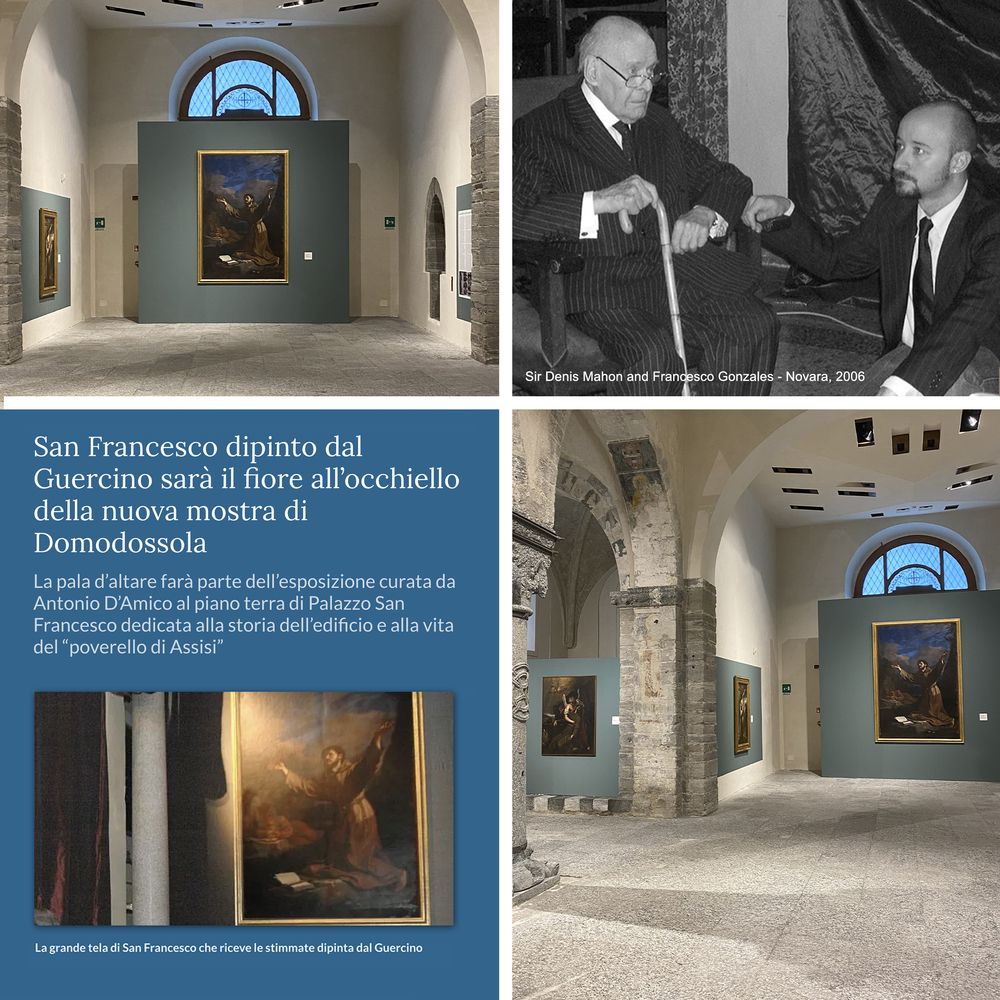 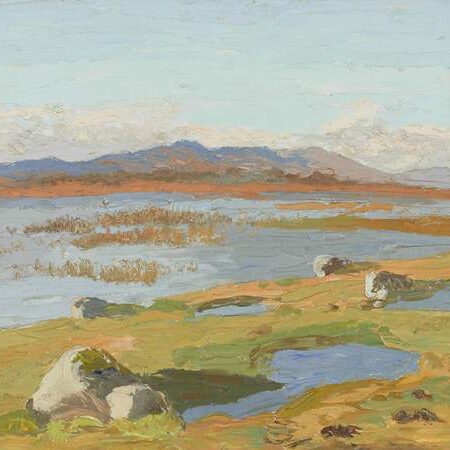 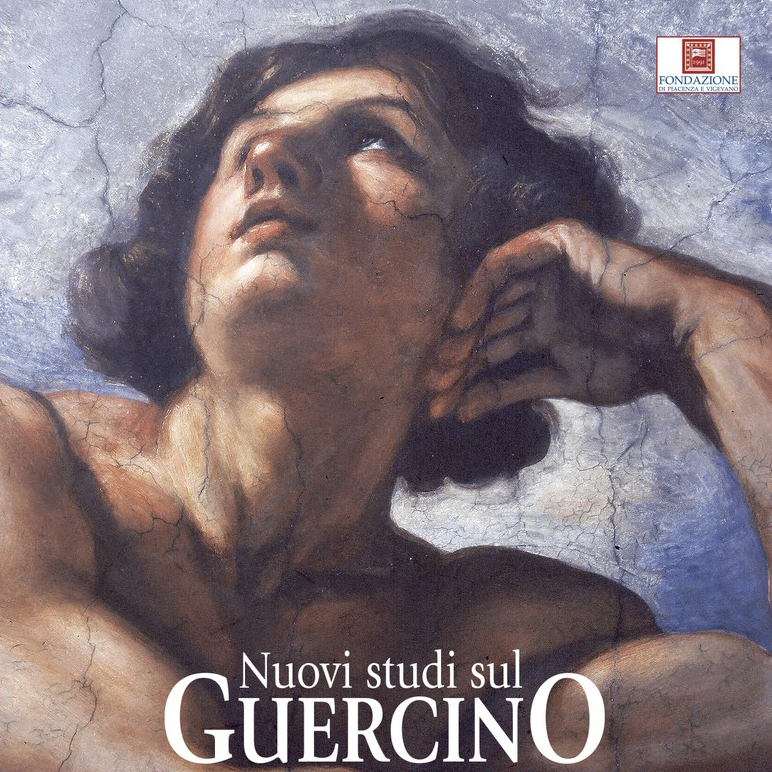 NEW STUDIES ON GUERCINO: from Cento to Rome, from Piacenza to Bologna