The curators, Francesco Gonzales and Flavia Fiori, selected a variety of textiles and religious vestments from the collections of the Diocese of Novara and the Rubelli Museum in Venice, which were woven into the context of the exhibition, allowing a comparison with the textures and colours of the elaborate costumes of the three protagonists in The Cardsharps, and other paintings by Caravaggio, and a rare opportunity to view contemporary fashions in Northern Italy of the late 16th and early 17th Centuries.

Not only was Caravaggio able to highlight the social status of the three characters simply by their designated costumes but we are left in no doubt as to who is the innocent victim, dressed soberly in a black-crimson silk velvet sagum (doublet) with lace collar and who are the two swindlers, without even taking into account their devious actions ; both dressed in ornate giubboni (short jackets), one dressed strikingly in the foreground like a pavone (peacock), and the other behind in intricately patterned but dishevelled clothing.

Such was Caravaggio’s minute attention to detail and acute observation of his surrounding daily life that his paintings, such as The Cardsharps, can be assessed as historical documents and an invaluable catalogue of textiles and fashions of his time, such as woollen felt, silk, damask, lace, lampas and velvet, for art historians and textile and fashion historians to research with extraordinary accuracy.

View photographs of the exhibition 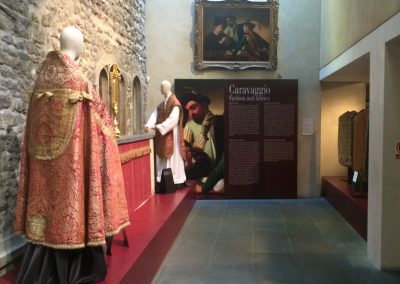 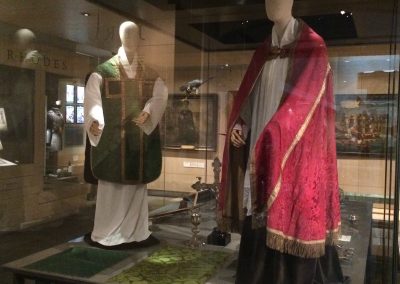 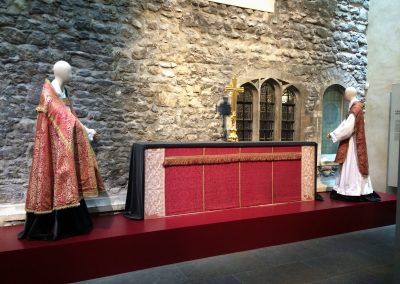 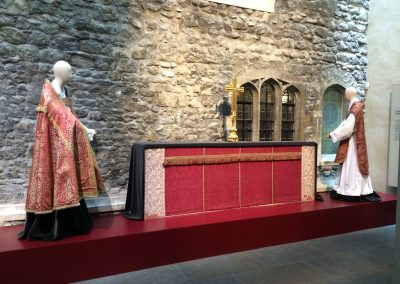 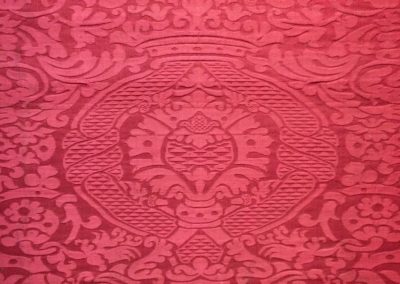 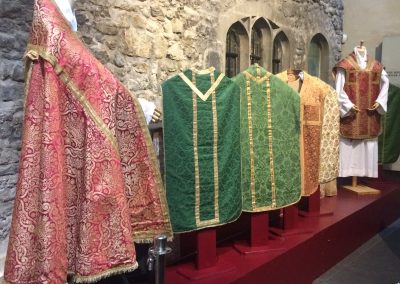 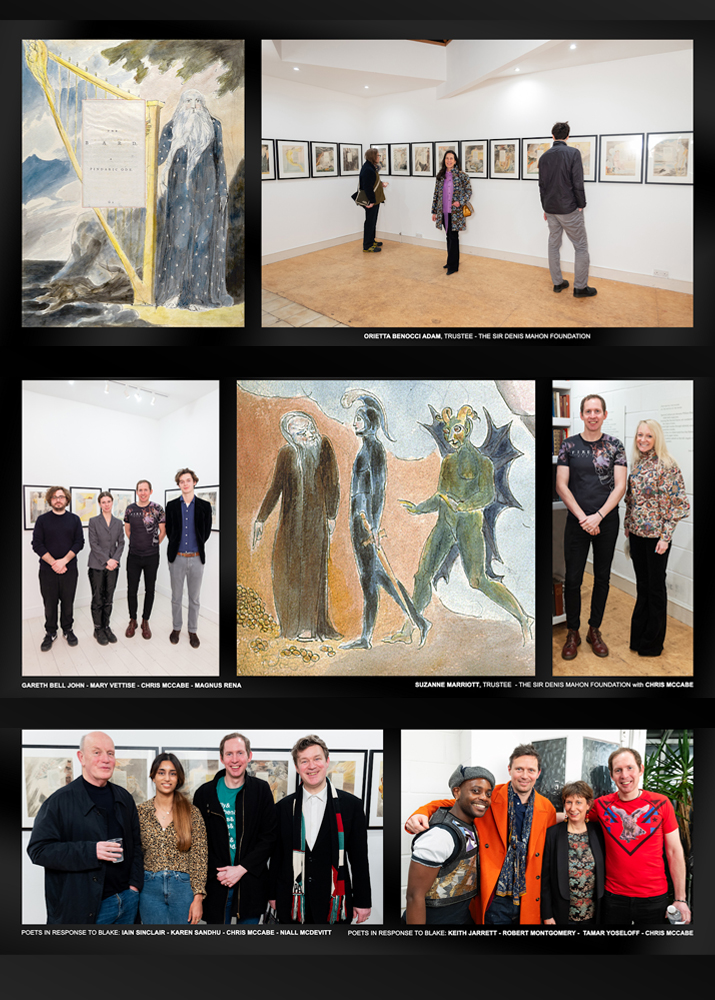 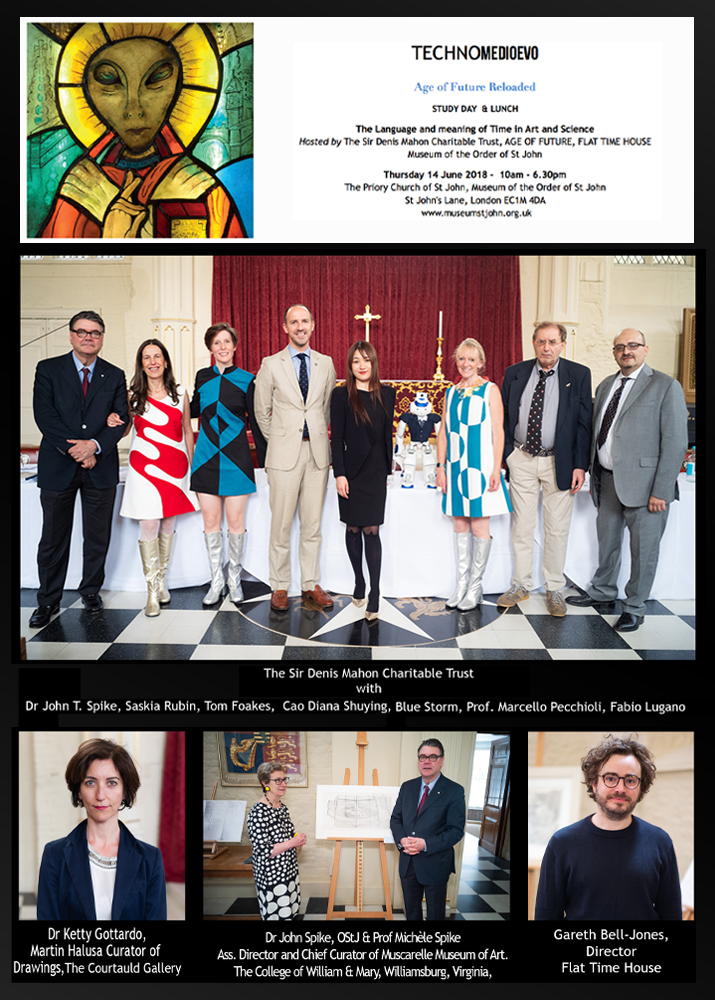 This exhibition put a spotlight on the fabrics used during Caravaggio's time, with a focus on Caravaggio's painting, The Cardsharps (1594), which was loaned to the museum by the Sir Denis Mahon Foundation. It also provided the opportunity to view ancient textiles and religious vestments from the collections of the Diocese of Novara and the Rubelli Museum in Venice.

FIND OUT MORE
VIEW ALL PAST EVENTS